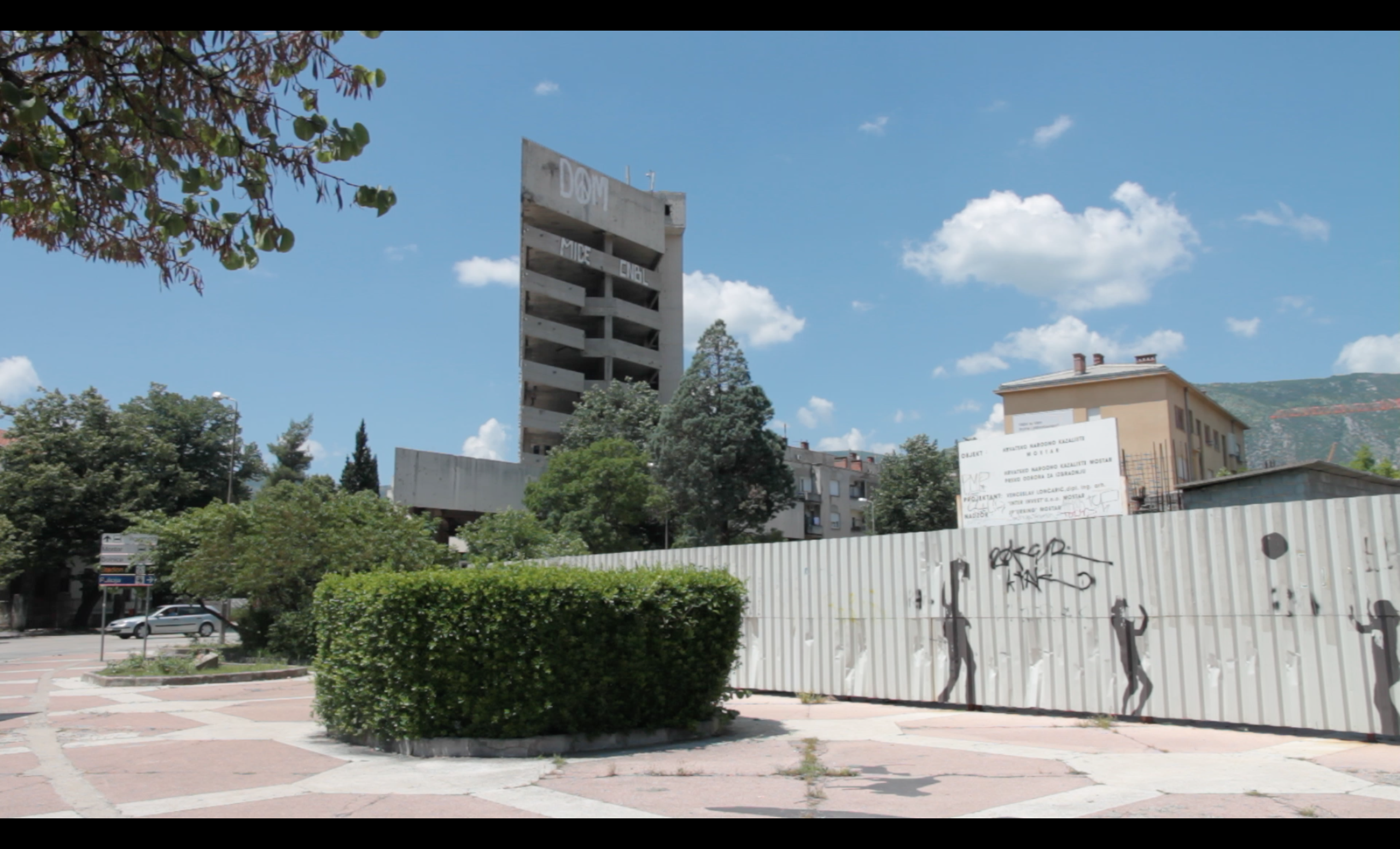 Like numerous buildings in the city, the so-called Glass Bank (“Staklena Banka”) in the center of Mostar was destroyed in the early 1990s during the Bosnian War and left to deteriorate ever since. The decaying skeletal concrete structure of the former bank marks the Spanish Square, a square once teeming with people commuting and communicating as part of every day life. Today the square offers an assortment of destroyed and abandoned buildings, inoperative fountains, perpetual construction sites, a small park, and a newly renovated school building.

Like many sites in Mostar, the Spanish Square represents life in a constant state of inertia; an in-between state where no one knows what to do.

In the site-specific performance Just don’t know what to do with myself, Anke Hannemann sings the line “I just don’t know what to do with myself” (from a song originally recorded by Tommy Hunt) repeatedly from the inside of the Glass Bank. The sound of her voice is amplified through loud speakers, echoing throughout the city. The performance begins at 1 pm, after the tolling of bells from the Catholic Church and in-between the calling of the Azan. Hannemann’s voice reverberates across town for five minutes and stops just as abruptly as it started. The repetition of the phrase emphasizes the literal meaning of the line and adds another layer of ironic momentum that refers to the static situation in the city. Through the repetition of the one sentence, the performance becomes just as recognizable as the two main features of Mostar’s soundscape: the sound of the Catholic Church’s bell on one side of town and the Azan reverberating from the mosques on the other.

Instead of constructing a single linear or joint narrative the work tries to create and initiate a new one. The statement “I just don’t know what to do with myself” highlights the difficult situation of many people living in a persistent state of stagnation, trying to overcome decaying urban, cultural and political structures while dealing with religious, ethnic and territorial differences after a time of war.