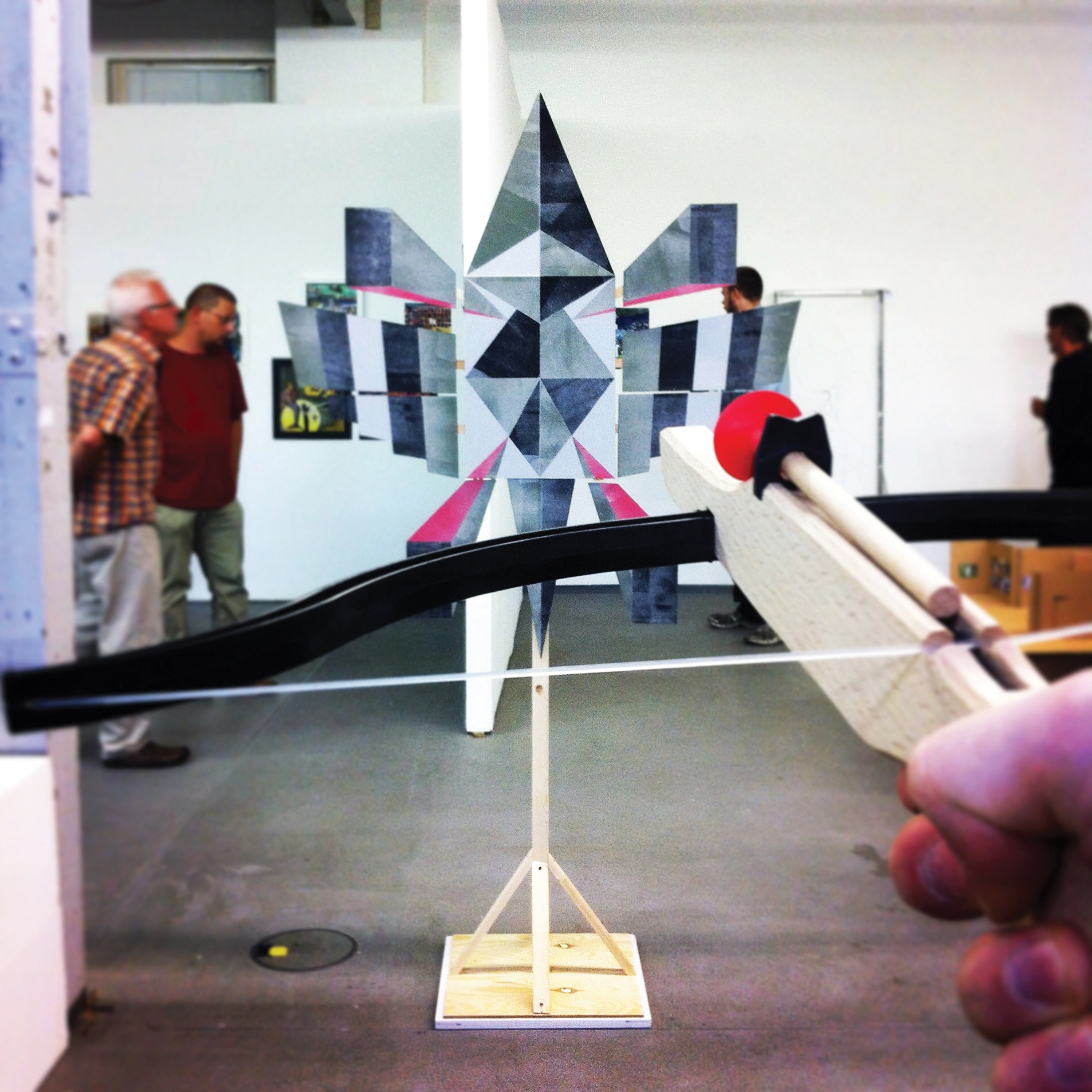 First exhibited at Motorenhalle in Dresden, 2014

[The saying dates back to 1564 when the town of Hornberg planned to welcome a duke with a large celebration of canon fire. When observers saw something approaching in the distance, the canons started shooting. It turned out to be the postal carriage. The same happened again with a grocer’s carriage and a herd of cattle. When the duke finally arrived, all the gunpowder was gone.]

Geometric shapes are organized into an abstract composition reminiscent of an eagle. The shapes are in army-like colors mixed with sweet shades of magenta and mounted on a stand. The installation can be shot at using a toy crossbow. The crossbow is rarely strong enough to shoot pieces off of the construct. Even if one succeeds, there are no points and there is nothing to win. Shooting doesn’t lead to any kind of victory. Nothing actually happens.