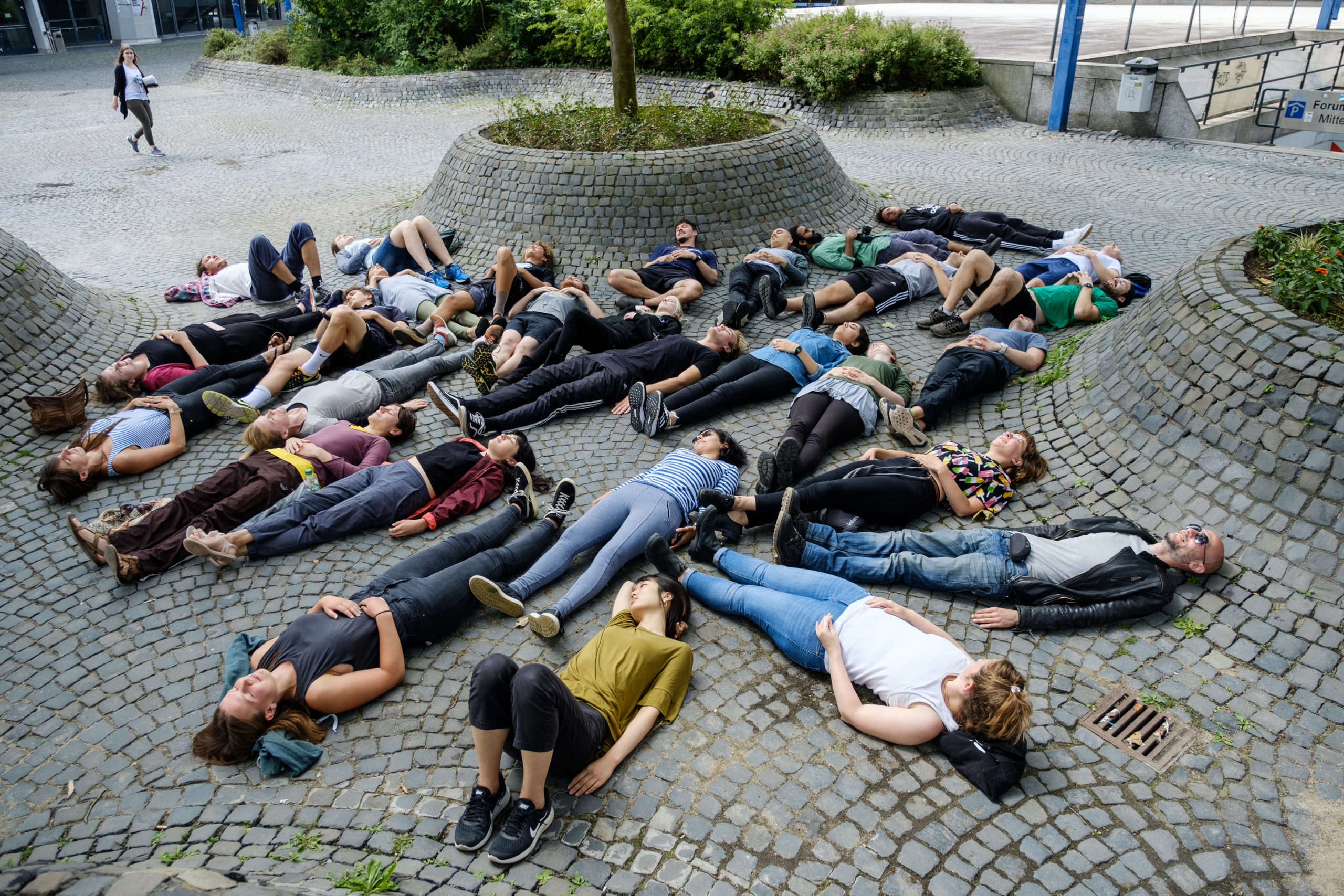 Under the title CHE BELLA BRUTTA! a temporary artistic production facility was built on the campus of Ruhr-Universität Bochum (RUB) with the students in 2018. After an introductory lecture on the architecture of brutalism, the project was dedicated to the development of site-specific artistic approaches on the contrasts of RUB’s architectural stages. RUB was conceived in 1948 as a beacon of the new start of educational policy after the war. An architectural competition was advertised for the new university in 1962, in which Walter Gropius also took part.

From 1964, the building complex designed by the architectural firm Hentrich, Petschnigg & Partner was built in the middle of the working-class area of the Ruhrgebiet. Described by Helmut Hentrich as a „harbor in the sea of knowledge“ then condemned shortly thereafter as an anonymous learning factory and concrete castle with suicidal qualities, the RUB was and is a significant symbol of its epoch. In different artistic forms and media, performative or participatory actions and interventions, the university building was artistically explored.