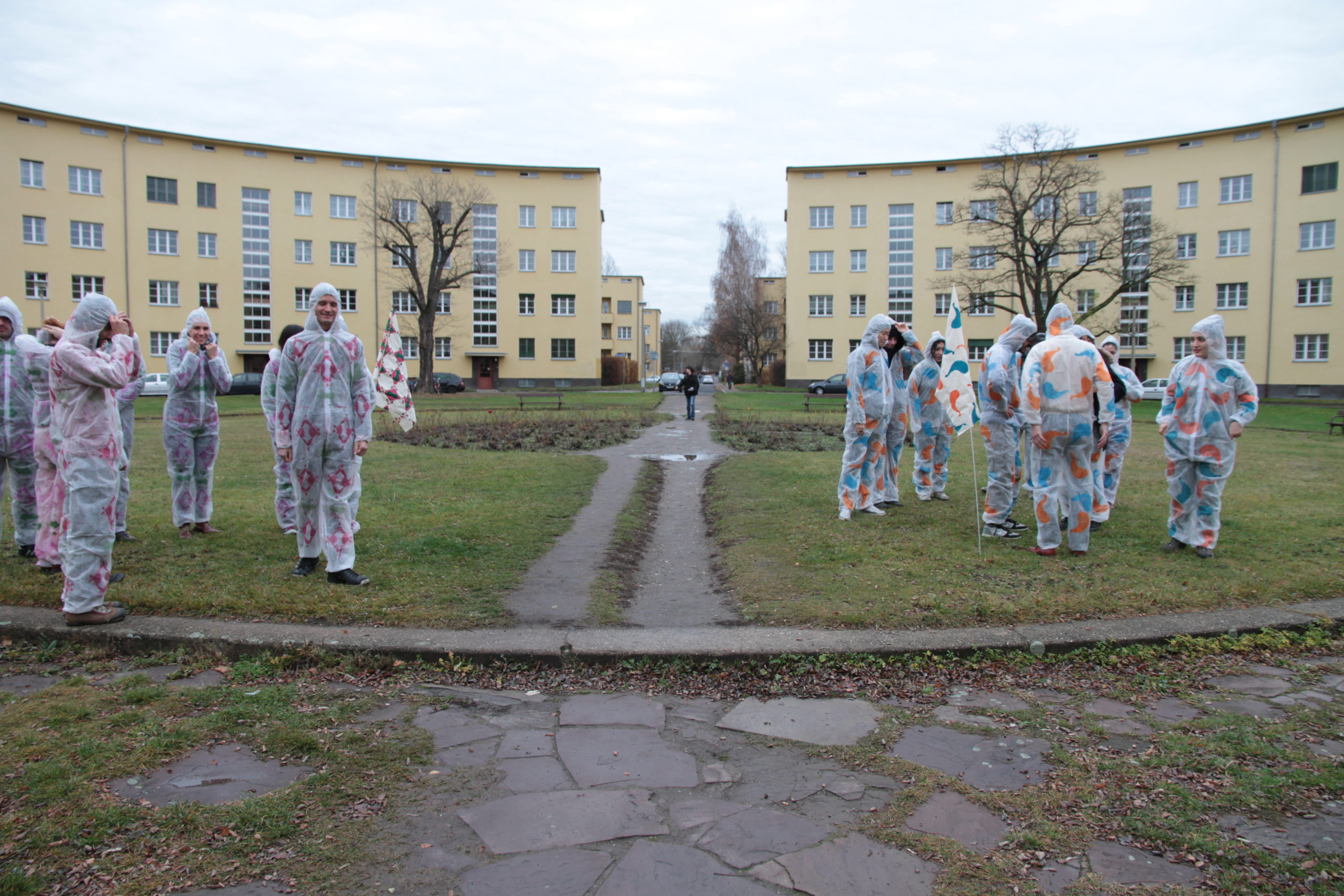 In collaboration with Yoav Admoni and Gao Yu, Leipzig, 2012

Capture the flag is an outdoor game where two teams each hide the other team’s flag on their base. The objective is to capture your team’s flag, and bring it safely back to your own base. Opposing players can be tagged and sent to jail. Within their own territory players are safe. Once they cross the line into the other team’s territory they are vulnerable.

The game was played in the “Rundling” complex in the south of Leipzig. With a simple chalk line the circular housing complex was divided into two halves, known as territories. The symmetric architecture enabled a chance of losing orientation and getting lost on the other team’s side. The players were intruders. The people living in the neighborhood became the observers of this unusual happening in their environment.

To avoid direct relations to nationality, gender or religion, simple patterns were created and printed on overalls to identify each team. Therefore the geometric team played against the organic team.